PESIAMS College has constituted an Anti-Ragging Committee, whose main objective is to ensure a ragging-free environment for all those who are studying in the institution and to address any ragging complaint received.

Anti-Ragging Committee is the supervisory and advisory committee in preserving a culture of ragging free environment in the college campus. The main objectives of this Committee are as follows:

Composition of Anti-Ragging Committee for the AY 2020-21:

If, at the culmination of the proceedings before it, the Committee is satisfied that the complainant has knowingly brought false charges of ragging against any person, it shall report the same in writing to the Principal/Management, with reasons and with recommendations of the action to be taken against such person.

Responsibilities of the Committee: 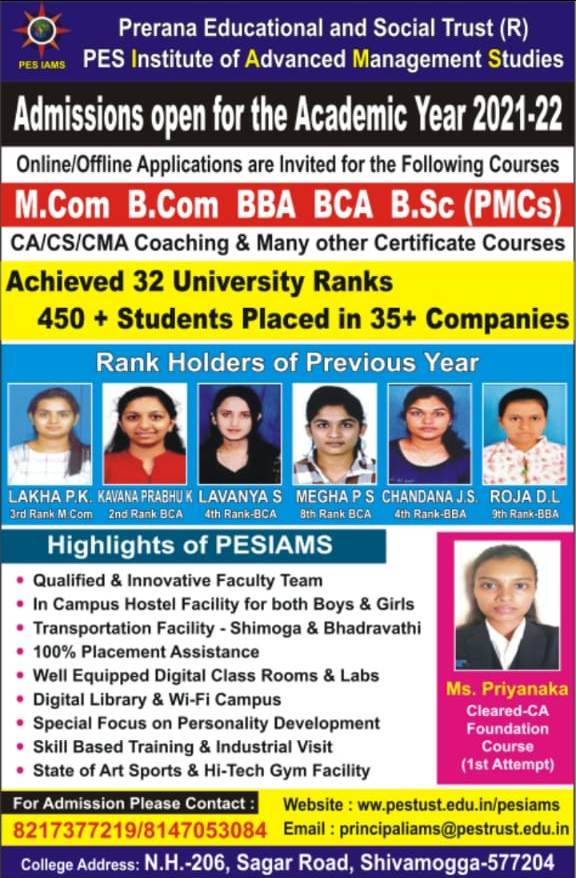